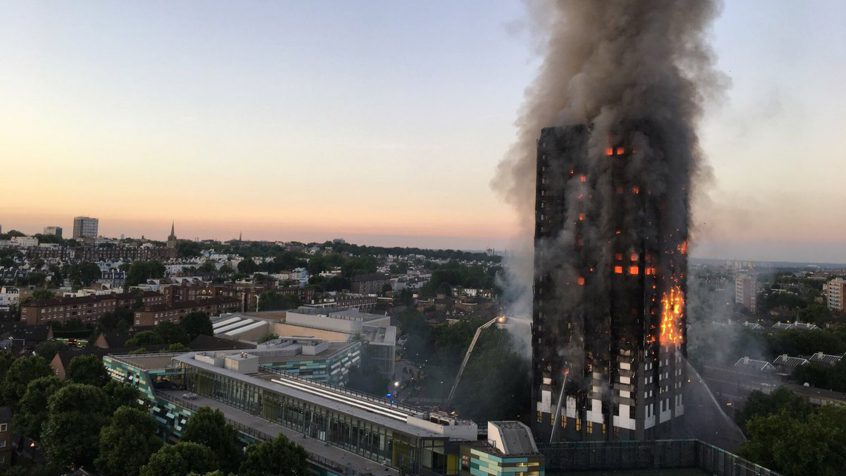 What a dreadful week for those who lived and died in Grenfell Tower, their families, their friends, the community of North Kensington, the city of London and UK health & safety.

Those of us who work in health & safety and likely you, the reader, don’t need reminding of the importance of health & safety, it’s what gets us out of bed in the morning. For those with an unhealthy skepticism and general cynicism for health & safety, perhaps the only good that will come from this past week will be a fundamental shift in mindset for the betterment of the safety of the UK public and workforce.

Perhaps we will see less Government commentary on the “gold-plating” of EU laws?

Perhaps we will see less Government celebration such as that after their 2014 report found that the HSE was not gold-plating EU health & safety directives?

Perhaps we can become a country that takes the lead in health & safety legislation and puts the safety of the public and workers above the interests of business?

Of course, and this post is in no way [party] politically motivated, it’s not just the current Government who are to blame for any and all lapses in healthy & safety legislation. John Major ran foul of the courts with the Working Time Directive when he was Prime Minister. His objection to the Directive being that working extra hours was an industrial relations matter and not a health & safety issue. He lost when he challenged the European Commission in the European Court and had to implement the Directive [quite rightly] under health & safety requirements.

Indeed the current Government, having been forced to implement the Control of Asbestos Regulations 2012 in direct response to the European Commission’s view that the UK had not fully implemented the EU Directive on exposure to asbestos (Directive 2009/148/EC), did support the HSE’s gold-plating of the EU’s asbestos Directive in requiring licensed contractors to remove certain asbestos-containing materials (ACMs).

We have highlighted the situation with asbestos in our schools and how the Government’s policy is one of asbestos management rather than asbestos removal, despite 140 teachers dying from mesothelioma in the last ten years (and an unknown number of people who contracted the disease at school whether as a student, admin worker or contractor). But is a policy of ‘management’ one of taking ownership and representative of the Government’s duty of care? The All-Party Parliamentary Group on Occupational Heath & Safety’s report on Asbestos in Schools itself highlighted that:

In March of this year, the HSE published its Post Implementation Review of the CAR 2012 and we commented with our own recommendations basically supporting the HSE’s findings but pointing out that there was a huge, and life-threatening, gap in CAR 2012 around day-to-day activities of buildings containing asbestos (particularly schools, hospitals and other public buildings). The fact that only 1/3 of schools maintain an asbestos register is clear evidence of this.

We were pretty pragmatic in our commentary and recommendations. Hugh Robertson, writing for Stronger Unions, was much less conciliatory and described the PIR as displaying ‘shocking complacency’. Hugh is the Senior Policy Officer for Health & Safety at the TUC, prior to which he was a member of the HSE board. His article was written in May, 2017 and is certainly worth a read given today’s climate.

These may appear to be small things in isolation but they’re not. Further revisions to the sentencing guidelines relating to health & safety related cases were introduced on June 1st with sentence reductions for those pleading guilty. Lighter sentences, and a lower standard of care for asbestos workers (based on less frequent medicals) – both indicative of a slackening in health & safety standards.

Let’s hope, no demand, that the very least we see out of Grenfell is the betterment of UK health & safety standards for the public and workers alike and that gold-plated is no longer seen as a dirty word but the standard we all demand for health & safety in our country.