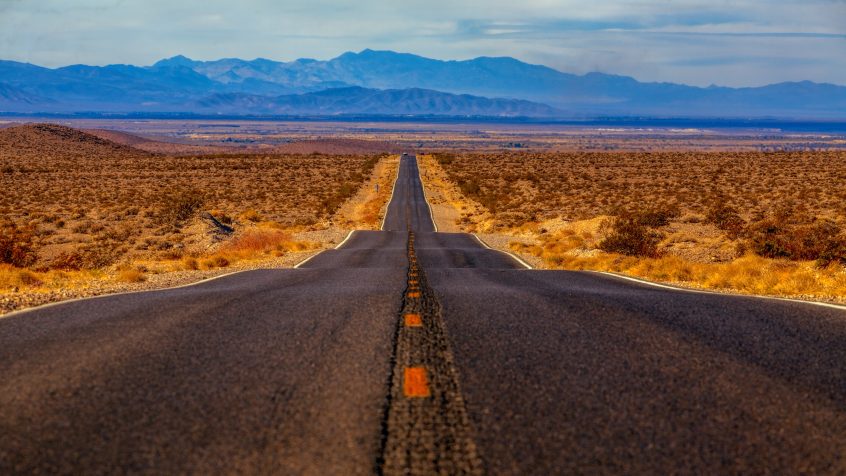 Earlier this month we continued our examination of UK worker fatality rates in an attempt to understand how best  to break through the statistical plateau we’re now experiencing of 0.4-0.5 fatalities per 100,000 workers annually.

There were three main points made:

This latter point was illustrated by the fatality rates for the past 4 years with the 3 major outliers (agriculture, mining and waste management) excluded to allow for a better exploration of the other sectors. 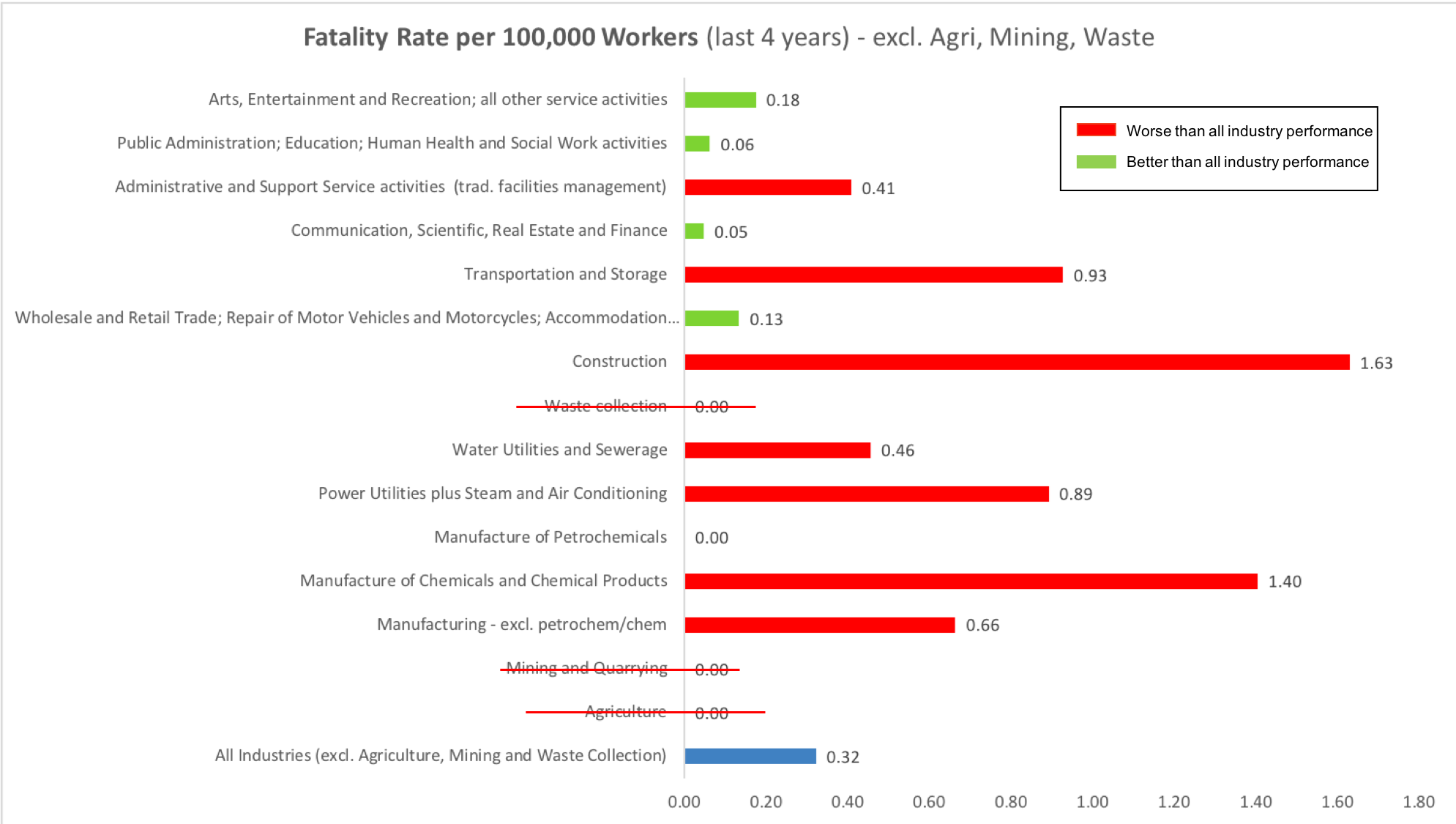 An accurate assessment of point 3 needs resolution of point 2 but let’s make a giant assumption and build a hypothesis on that shaky ground. Let’s assume that all ‘self-employed’ people working in ‘management of facilities’ and petrochem represent work contracted out and see if the higher proportion of work ‘contracted out’ in the ‘management of facilities’ (25% vs 8% in petrochem based on the percentage of self-employed in each) is leading to that underperformance.

The fatality rate across all workers in ‘management of facilities’ was 0.41 per 100,000 workers over the past 4 years with a rate of 0.29 among employees and 0.78 among the self-employed. This would lend validity to a hypothesis that contracting out more work is leading to the underperformance of ‘management of facilities’ as a sector. Given that we’re expecting to see a dramatic increase in the number of contractors used then not only is it difficult to envisage a breakthrough in the statistical plateau but we may also see fatality rates trending up again.

Are we looking at a situation that contracting work out is just more dangerous, or is it simply the case that rigorous standards applied in petrochem and other more dangerous sectors are just not adopted elsewhere?

The observant among you will have noted from the chart above that the chemical industry actually has a relatively high fatality rate but this is based on 5 deaths over 4 years compared with 0 in petrochem and 26 in the ‘management of facilities’. Perhaps, from a comparative statistical standpoint, the non-fatal injury data will help as that has much greater volume… 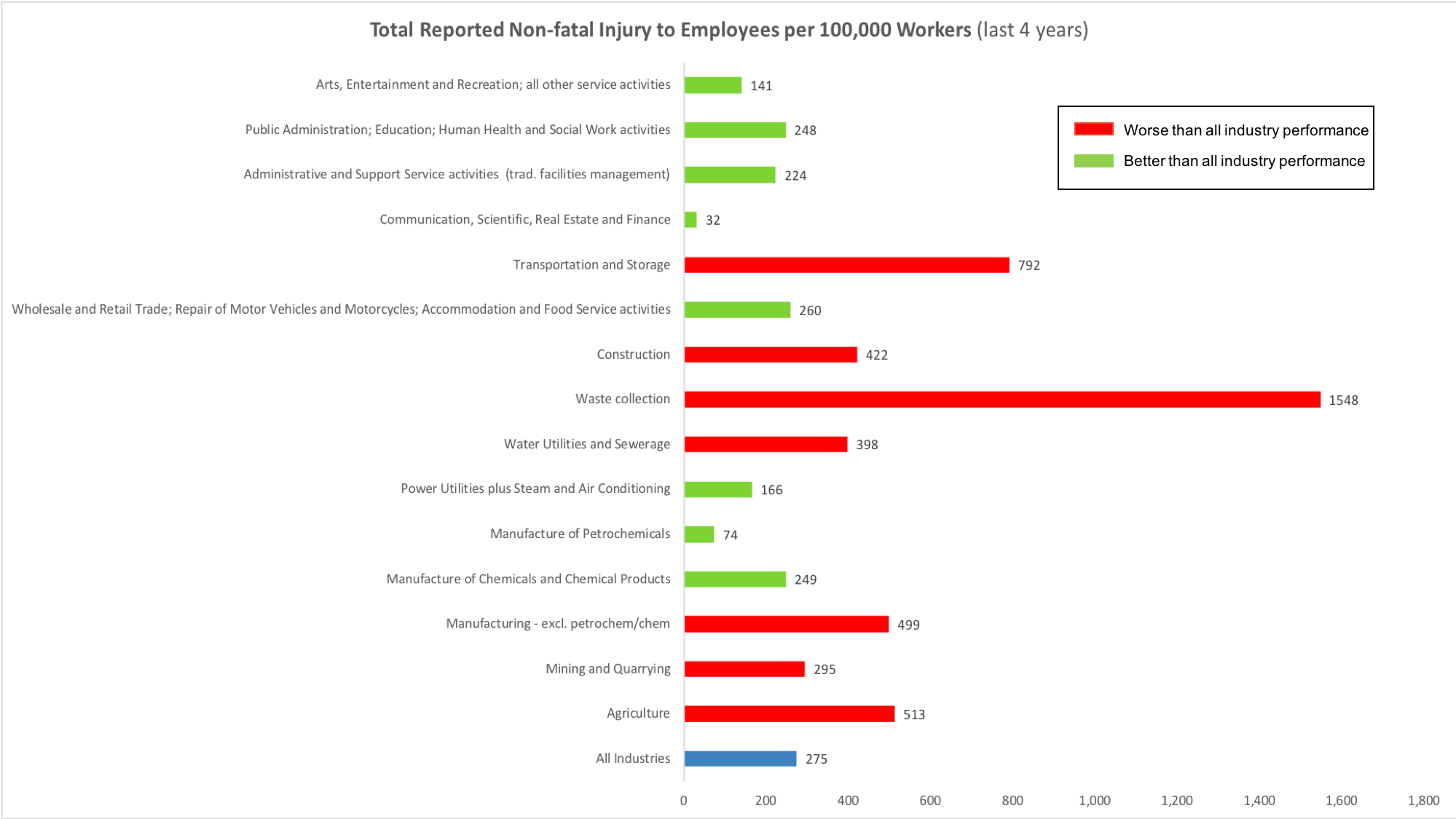 Note that a) these are ‘reported’ injuries covering both specified injuries and those injuries which resulted in an absence of greater than 7 days, and b) this chart is for employees only – the equivalent sector breakdown doesn’t exist for non-fatal injuries to the self employed. Only an overall injury figure (across all sectors) is available for the self-employed and the injury rate for 2017/18 was 41 per 100,000 self-employed workers (vs. 275 for employees).

Clearly there is a reporting issue with self-employed non-fatal injury data, so looking for sector trends can only be achieved using the data for employees. Here is the equivalent chart for fatalities among employees. 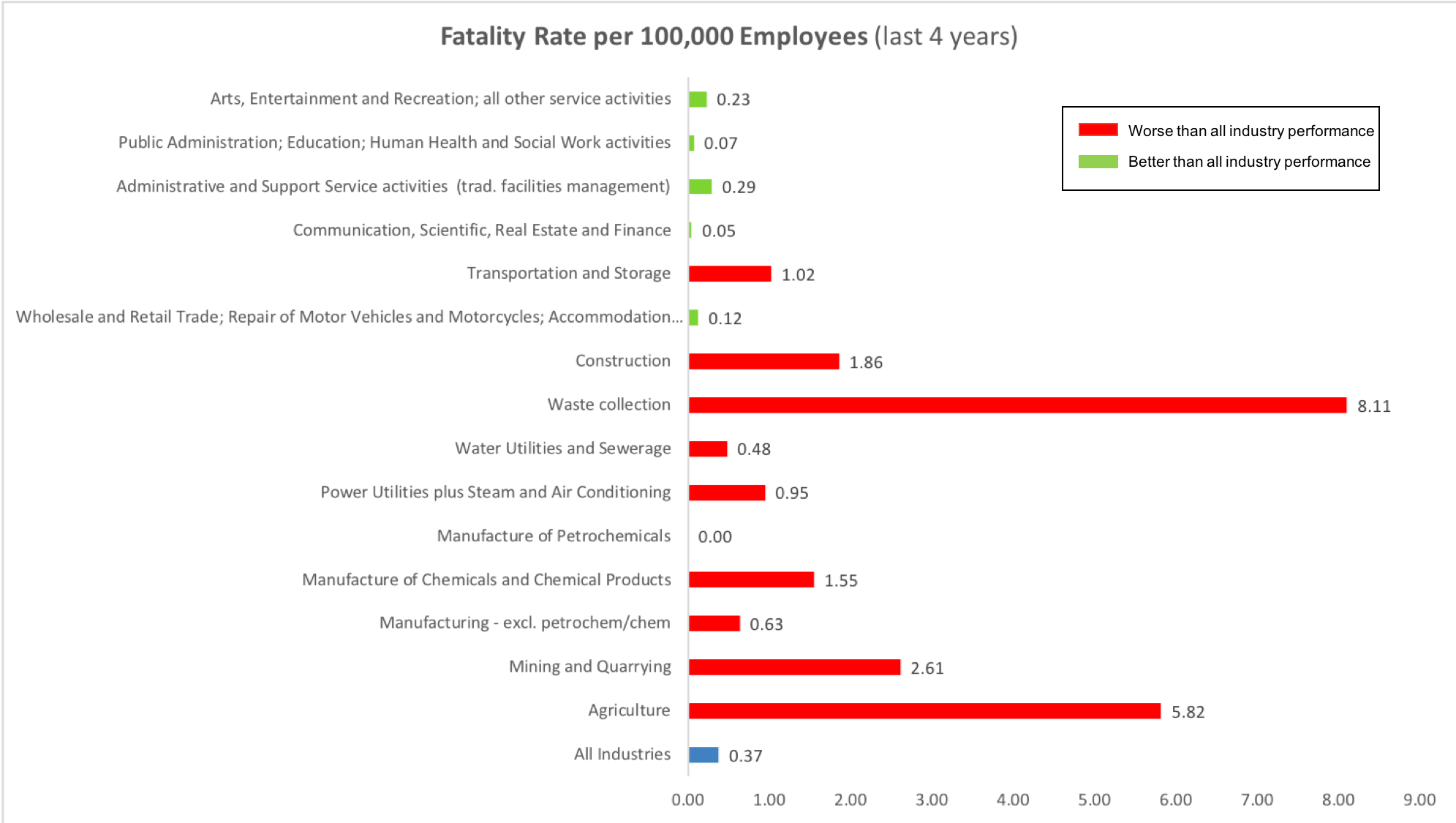 Now, the ‘management of facilities’ has a broadly equivalent performance to the manufacture of chemicals for non-fatal injuries and a better record for fatalities, but is worse in both categories than the petrochem industry.

What does all of this tell us? Sadly, despite the masses of data, it doesn’t lead us to actionable conclusions. The segmentation between employed and self-employed (per point #2 above) leads nowhere and, for non-fatal injuries to the self-employed, is under-reported. Of course the statistics can be used to support any point of view or agenda.

The data does highlight that, broadly speaking, the ‘management of facilities’ sector is underperforming and should be doing better. Whether that’s down to more work being contracted out, or a lack of rigour compared to other sectors, or both, we can’t tell from the data today. As we concluded a recent post, “It’s not ‘how’ people died, it’s ‘why’ and when the ‘why’ boils down to a worker using dangerous equipment they were no longer certified to use then that is wholly avoidable…”