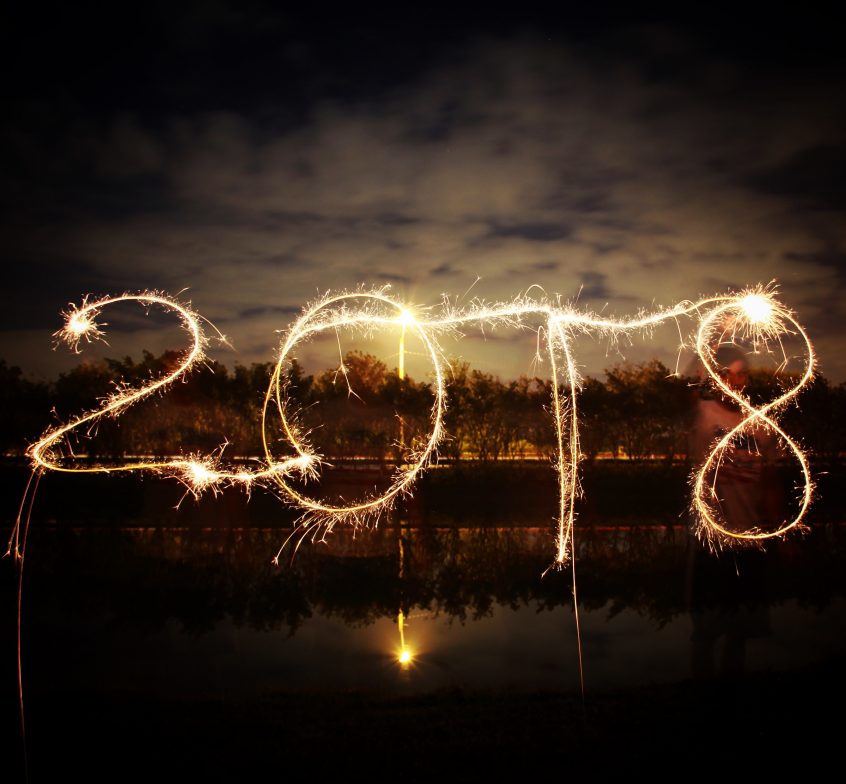 Whatever industry you work in, 2018 was a year like no other. This was primarily because of Brexit and the uncertainty across all sectors about how it will impact trading and business conditions.

That said, there are other things that made 2018 unique including the increasing impact technology is having on workplace health and safety and the noticeable shift in attitudes across the country in relation to mental health.

So, as the year now draws to a close, let’s look back at some of the key features, topics of discussion, and events of 2018.

Brexit was the dominating topic of political discussion and effort throughout 2018. From a health and safety perspective (as in many others) there is still a lot of uncertainty around what the impact of Brexit may be.

Post-Brexit, will manufacturers of PPE (Personal Protective Equipment) have to get their products tested twice, once for the European market and once for the UK? What impact will this have?

Also, what happens when the EU issues its first health and safety-related directive post-Brexit? Does the UK government automatically follow the EU’s lead, effectively letting Brussels dictate UK law with zero input from UK politicians or civil servants? If the UK Government post-Brexit allows UK and EU health and safety laws to diverge, what impact will that have on workers in Britain?

These are just some examples of the many, many Brexit questions that remain. For a more detailed review, read our September post How is Brexit Likely to Impact UK Health and Safety Regulations?

The only thing that is for certain is that Brexit will remain a topic of discussion for a long time to come.

The Impact of Technology

There is an increasing shift by companies and health and safety professionals away from manual health and safety systems and processes to technology-based instead. This is unsurprising given the increasing use of technology in all aspects of business, including those aspects that were once thought to be immune.

Chatbots deserve particular mention. This is because the operational practicality of health and safety in the UK matches perfectly with the capabilities of modern chatbots. So, instead of flicking through a large manual or procedure document, you could talk to a chatbot. As a result, many technology companies who specialise in chatbots have moved into the health and safety space, making chatbots a technology to look out for in the coming years.

Robotics and automation technologies also warrant special mention as the possibilities these technologies present are becoming increasingly apparent. Even industries like agriculture will feel the impact of robots and automation as intelligent machines replace workers. As agriculture remains one of the most dangerous industries to work in, the impact this could have on the UK’s health and safety performance could be substantial.

While all the above is interesting and important, a balance must be struck when considering technology. For example, there are indications that workers are already concerned they are being monitored too much at work which can be demotivating and counter-productive.

In addition, boundaries continue to be pushed in ways that make many people uncomfortable. One of the best examples of this is implanting microchips in people, a practice which is actually happening in some parts of the world, including the UK, today.

One other issue that was part of the discourse in 2018 but is yet to be resolved is the question of liability when autonomous vehicles and equipment are being used. This has particular relevance when the vehicle or machine has an artificial intelligence engine so not only works autonomously but learns over time, making its own decisions.

What happens if a worker is injured or killed by an autonomous machine? Who is liable for the accident?

For an in-depth review of the use of technology in health and safety you can download our eBook, Safety Digitally – How Technology Can Help Break Through the Health and Safety Statistical Plateau, using the link provided.

The above two points are a mixed bag of uncertainty, opportunity, and concerns. This point, however, is almost entirely positive. This is because 2018 was a landmark year in terms of attitudes to mental health in the workplace.

There is now much greater visibility and understanding of mental health issues in the workplace and employers are becoming increasingly aware of the importance to their business of good employee mental health. Put more simply, if workers are happy and they feel positive, they are more likely to be productive.

Much more needs to be done, of course, and not all employers are yet on board. Plus, there are still too many workers who feel they must take time off work because of stress and stress-triggered conditions.

Generally speaking, however, we can look back on the year 2018 as being a positive one for promoting good mental health in the workplace.

The above three areas are main features when looking back on 2018, but there are others that deserve a mention:

There is a growing trend across a wide range of companies to move beyond compliance in relation to health and safety. This change of attitudes is being driven largely by partially removed stakeholders rather than CEOs and senior management. Those stakeholders include shareholders, customers, and clients. You can download our eBook, Beyond Compliance: A Guide to Changing the Health and Safety Culture in Your Organisation, using the link provided.

The introduction of GDPR in 2018 had a significant impact on health and safety. This impact is again about balance. This time the balance is between protecting people’s right to control their data and ensuring people are safe.

Running the Health and Safety Executive

The running of the Health and Safety (HSE) is worth noting too. The previous chief executive left the post in August following two months being off on leave. There is now an acting chief executive in place with the position unlikely to be filled until the end of winter / beginning of spring 2019.

In addition, the HSE is currently working with a smaller budget than before after suffering a real-terms cut from the Treasury in the 2018/19 financial year of more than 3.5 percent.

Discussions continued through 2018 on how the UK could prevent another Grenfell Tower tragedy. Dame Judith Hackitt published proposals in May aimed at going further than simply amending regulations. Instead, she wants to resolve the underlying issues in the system to prevent lax and/or loosely defined rules from coming into force in the first place.

Others have put forward alternative/additional proposals, including the Fire Protection Association.

Meanwhile, the Government introduced legislation that banned combustible materials from being used on the external walls of residential buildings. The ban only applies at heights over 18m, however.

One significant and very specific piece of advice from the HSE in 2018 was a recommendation to companies to stop purchasing off-the-shelf training on manual handling. It describes such training as a waste of money and time.

Instead, the HSE advises companies to investigate ways of reducing manual handling in the workplace or eliminating it completely. Employers can do this by, for example, designing new work practices or investing in new equipment or technology.

Training will still be required, even when companies eliminate manual handling. That said, this training should be tailored to the company and the situations that workers find themselves in. This is because customised training will have a much greater impact than general training, i.e. training on how to safely lift a box.

One of the most notable recent statistics we have from the HSE is that fatality rates continue to remain flat. As mentioned above, however, technology could be part of the solution to finally pushing fatality rates down. That may not happen in 2019, but it is on the horizon.

Over the course of 2018, the courts did jail company directors for deaths caused by the activities of their business. In total, 55 people in the UK received either an immediate custodial sentence or a suspended sentence for prosecutions under the Health and Safety at Work Act.

However, only one company received the largest possible fine. That was Bupa who got a £3m fine in a case involving a Legionnaires’ death.

Nine other companies received fines of more than £1m, with four them fined £2m or more.

A lot happened in 2018, with most of it left unresolved or ongoing. Therefore, we can expect many of the same debates, discussions, and issues to feature in 2019.