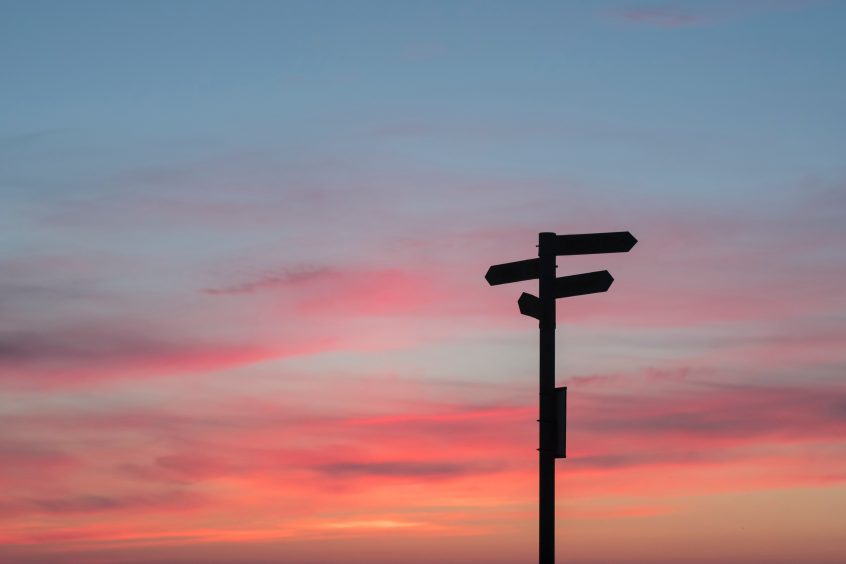 We’re living in interesting times. As a society. As a working population. As a health and safety industry.

If you follow global macroeconomics you’ll be aware of the five megatrends that are moulding the planet and how we’ll co-exist with it and each other over the next century. Let’s have a quick look at the five megatrends and review which will have the greatest impact on our health and safety industry. 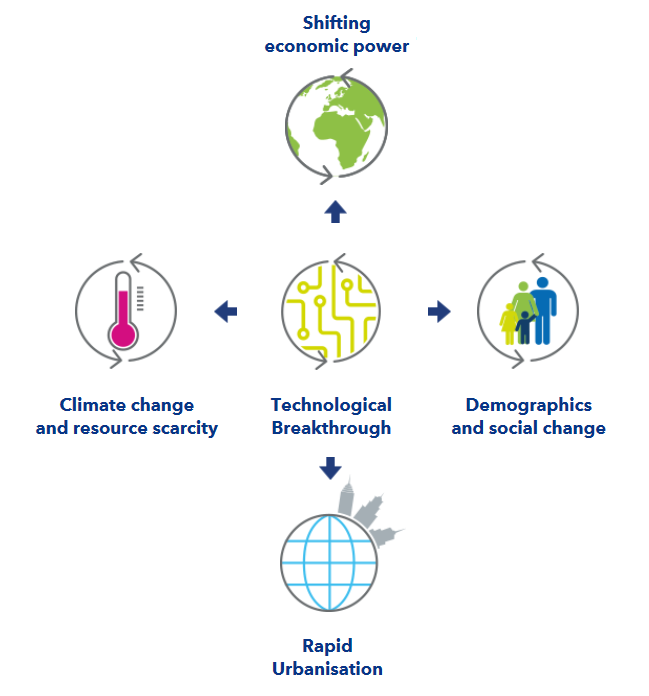 Climate change and resource scarcity – if current predictions of a 5.8 degree increase in the surface temperature of the planet by 2100 are accurate then the resultant impact on life (crop failure, flooding and energy shortage) will dwarf the impact of the other megatrends.

Shifting economic power –  China could become the new global superpower by 2030 with India surpassing the USA by 2050.

These first three megatrends have only a tangential, or indirect, impact on our daily health and safety lives. The next two, however, will have a very direct impact on our daily lives and, indeed, we’ve already commented extensively on many of the symptoms.

Demographics and social change – an additional 1Bn people in the world by 2030 creating heightened demands on healthcare yet characterised by labour shortages. Changing consumer demands and an ageing society where, by 2050, 55 countries will have 1/3 of their population older than 60 years old. The UK currently has between 20-24% of the population aged over 60.

Technological breakthrough – the projected labour shortages will be made up in part by the rise of the machines with, according to McKinsey, almost two-thirds of all occupations having a third or more of their constituent activities automated.

An initial thought process to distill out the impact of these megatrends on the health and safety industry nets the following six themes (accepting that there’s overlap between them all):

Skill shortages – we’re already seeing skill shortages in the UK economy, not just in traditional trades, but in management and even in digital skills. The immediate manifestation of this for health and safety will be the need to manage complexity in the labour supply chain. More contractors, challenges of induction, certification and verification, not to mention the related duty of care.

Safety digitally – love it or hate it, technology is here to stay and will impinge on every aspect of our lives including how we keep our workers safe. However, technology is not just a positive, it’s also going to continue to remove people from certain tasks which in turn can create wellness issues. On balance, technology should be the enabler than allows us to break through the statistical plateau that is the UK worker fatality rate.

Millennials – what’s so different between today’s younger generations and the ideologies of the swinging sixties? Maybe nothing? Maybe it’s just greater awareness of what’s happening in the world enabled by availability of information via the internet, but the manifestation is of millennials looking for more from their careers than the majority of employers are able to provide. According to the Deloitte study linked to, it’s a question of purpose – millennials looking for employers who have similar values to themselves, i.e. seeking employers whose purpose is beyond that of simply making a profit. Simon Sinek is your friend here for an explanation of purpose or ‘why’. Introducing a ‘why’ to your company is unrealistic if there isn’t one in place already, but you can discover/articulate the ‘why’ or purpose of your health and safety function.

Flexible working – one in four people in the UK already have a side hustle. We’re seeing the highest ever rates of self-employment, a shift to a gig economy and the introduction of zero hours contracts. As with skill shortages this is introducing greater complexity in the labour supply chain and an imperative to get a better handle on contractor management. Indeed, ISO 45001 mandates that the whole supply chain is managed equally from a health and safety perspective.

New Safety and Health – in amongst all of this change, the health and safety industry itself is trying to re-invent, or at least re-brand, itself as it continues to deal with negative press and the impact on those within the industry. New Safety and Health is a campaign run by SHP online and Safety & Health Expo to change perceptions, redefine the role of the health and safety professional as well as inspiring the next generation – essentially changing the demographic of the  industry.