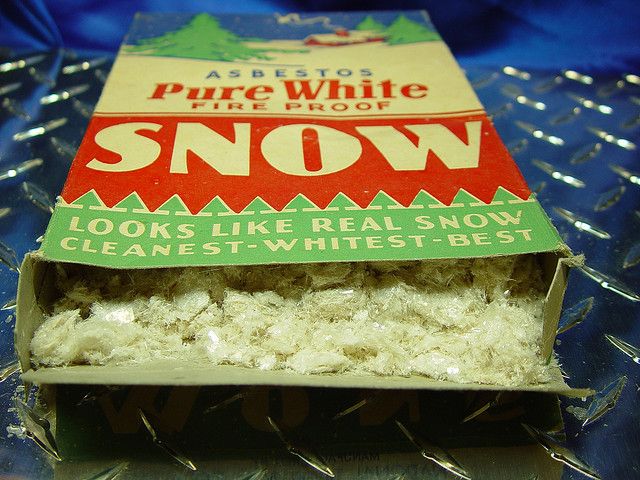 One of my guilty secrets this year has been watching the eight series of Inspector George Gently. As you doubtless know, it’s set in the North East of England [where I grew up] at a time when I was just a small boy.

As well as being a great drama it shines a light on the prevailing attitudes of the time, particularly with respect to racism and misogyny, and serves to highlight how far society has advanced over the intervening 50 years. Just as well really.

Then there was Episode 2 from Series 7 called ‘Breathe in the Air’ which focuses on the apparent suicide of a GP against the backdrop of cases of mesothelioma in the local community. The shocking, almost unbelievable, scene was of small children playing in an asbestos factory and rolling on the ground in what looked like six inches of snow. Of course, it wasn’t snow, it was white asbestos.

I said “almost unbelievable” as my initial reaction was disbelief but, of course, you couldn’t make it up and the writer didn’t. 3 seconds exploring Encyclopedia Google revealed the real factory in Bowburn, County Durham and the associated real life tragedies. Right in the heart of where I grew up.

These were not isolated instances, nor was the issue limited to factories. Those factories were making products. Ever wondered how they generated the snow in ‘The Wizard of Oz’ or ‘It’s a Wonderful Life’? Apparently it was white asbestos.

Sometimes the perspective of history can apply a contextual lens to what we see today. Yes, we still have many buildings containing asbestos and, sadly, many people still dying from asbestos-related diseases including teachers, nurses and doctors. However, much progress has been made and there is cross-bench consensus in Parliament on asbestos and the ongoing challenge as evidenced by this recent Parliamentary Q&A:

“To ask the Secretary of State for Education, what recent estimate he has made of the number of schools in England containing asbestos.”

“The Department follows expert advice from the Health and Safety Executive (HSE), which states that as long as asbestos-containing materials are in good condition, well protected either by their position or physical protection, and are unlikely to be worked on, it is usually safer to manage them in place. Where that is not the case, the duty holder should have it removed, and the Department provides significant condition funding which can be used for this purpose.

Since 2015, the Department has allocated £11.3 billion to those responsible for school buildings for essential maintenance and improvements, including removal or encapsulation of asbestos when such is the safest course of action. This includes £1.8 billion committed for financial year 2021-22.

“Through the Priority School Building Programme, the Department has been rebuilding or refurbishing buildings in the worst condition at over 500 schools across the country. My right hon. Friend, the Prime Minister, announced a new 10-year rebuilding programme for schools, which will replace poor condition buildings with modern, energy efficient designs. The Department has announced the first 50 schools to benefit from the programme, as part of a commitment to 500 projects over the next decade.

“In July 2019, the Department published information from the Asbestos Management Assurance Process (AMAP) designed to understand the prevalence of asbestos in schools and how well it is managed. Of the 19,522 (88.4%) state-funded schools in England which participated, a total of 15,796 (80.9%) of participating schools stated some asbestos was present on their estate. The responses also suggested that there were no systemic failures in the management of asbestos in schools.

“The Department takes the issue of asbestos in schools seriously, and is committed to supporting schools, local authorities and academy trusts to fulfil their duty to manage asbestos safely. We have taken significant steps in recent years to strengthen schools’ approach to managing asbestos. In addition to conducting the AMAP, the Department published updated guidance on effectively managing asbestos in schools in October 2020, working closely with HSE experts, union representatives and other sector representatives to do so.”

Thanks to Inspector George Gently for providing this perspective and for shining a light on the progress we have made, not just on asbestos but on racism and misogyny too.

To watch a demonstration of how ePermits deals with situations involving (or suspected of involving) asbestos, this link will take you straight there.